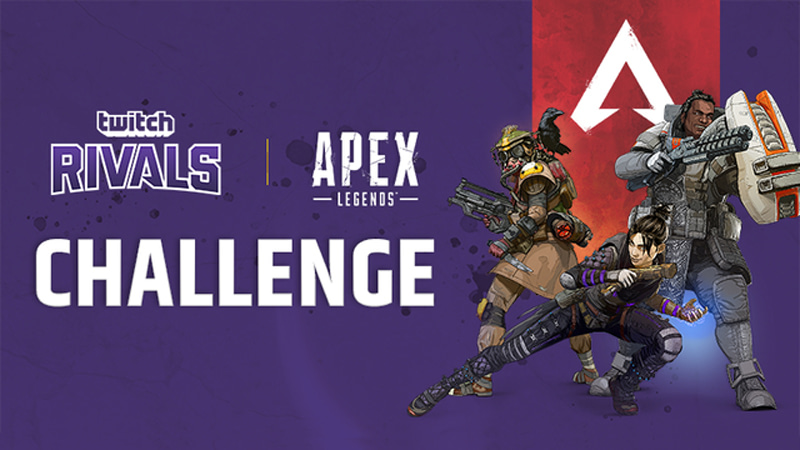 Twitch has announced that they will be hosting a set of competitive challenge events for the new Electronic Arts Apex Legends, a battle royale game with a twist. These events will have a total prize pool of $200 K  being awarded to the players competing in these events.  These events, which are part of the Twitch Rivals program, will host the first ever event for Apex Legends on the 12th and 19th of February.

Participating in the event will be some of the most famous battle royale streamers on Twitch. Some of which are Micheal “Shroud” Grzesiek, Guy “Dr Disrespect” Beahm and Ali “myth” Kabbani from TSM.

Apex Legends was released Monday 4th February, 2019 and has since garnered an audience with more than 2.5 million played the game within 24 hrs of official launch. It has also been on top-streamed game on Twitch with it’s highest peek of 250 K total viewers. Apex Legends is  free-to-play and can be downloaded via Origin client, definitely a game to try out especially with what they bring to table to the battle royale scene.