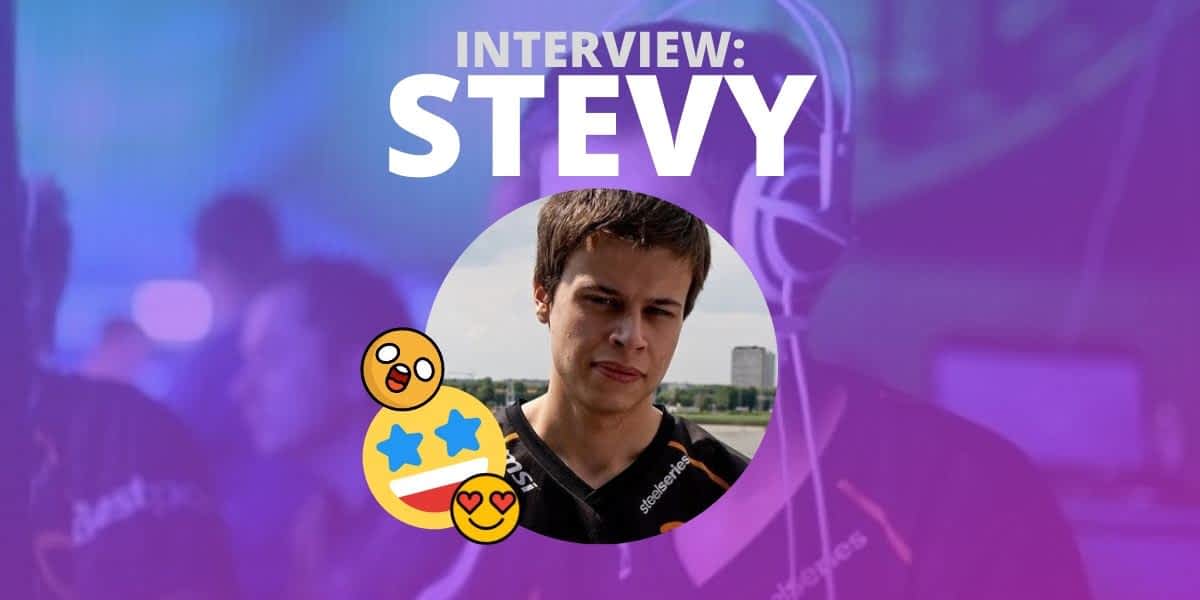 If you still follow Cod4 Promod Scene, you know all about the Nations Cup 2020, which saw about 48 Teams, with most of the prominent players in Cod4 participating.

If you don’t know what Nations Cup is and what went down– read this before.


After this successful event, we had posted an article promoting Nations Cup, which is when we gathered some traction from the legends themselves. We reached out to Stevy, known for his Sniper abilities and his frag movies which kept us speechless. His story was one unlike any other player. Well, after reaching out to Stevy we prompted a tiny interview, and here it is.

What made you come back to the Esports world? We know you had to leave the scene way back.

Well, it was a call from Davy that triggered the entire thing. I went to blast from the past with some old cod legends and played a bunch of games. At the end of the day I spoke with Davy and he made me think about coming back. I went on holiday and just figured everything’s on its place and this is the right time to come back, especially with project A coming up.

So you’ve returned to Cod4 & Streaming (So great watching you), what are your plans moving forward? Prioritize streaming or maybe we gonna see you in some big Esports titles?

My plans are pretty much just working on my stream until it becomes a major thing. I’m looking forward to stream games like cs:go and project A and we’ll see how it goes from there.

Continuing on the fact that you are streaming, have you caught up with all the new talent in the Esports world? Are you ready to take back your title from Shroud as the best Aimer ?

I might’ve left the scene a while back but I kept an eye on various games, teams & players so I was pretty up2date the entire time. I’m always ready, for any challenge, no matter what. I left under personal circumstances but now that I’ve returned, I want it all.

After talking a bit regarding some upcoming projects with Stevy, he mentioned that he is eagerly waiting for Project A and to get into it pretty damn early.
If you’d like to see Stevy together with some old Cod4 Promod Players such as Qlimaxzu, phantasy and a bunch more, head over to his Twitch channel. Follow Stevy on Twitter too.

The Lone Lion has returned, and he’s hungry.