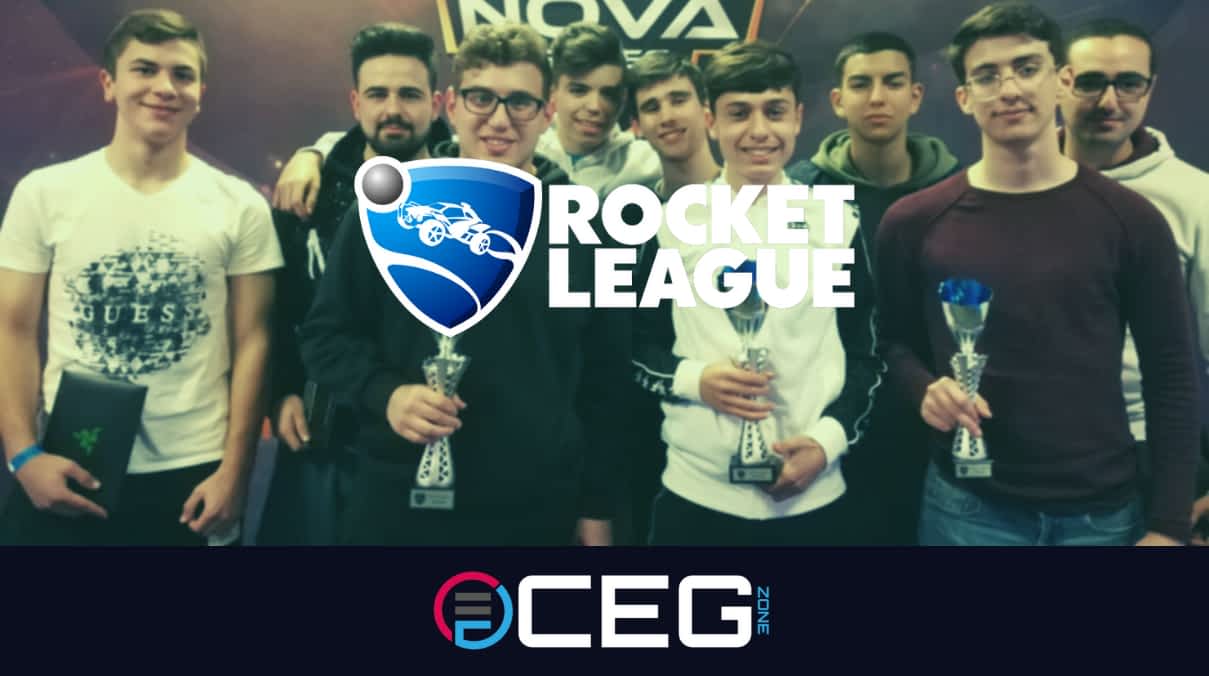 The Nova Series was held this week from the 18th to the 20th of April. On the Second day of the event, CEGZONE hosted a Rocket League Tournament and here are all the details.

If you missed it, we are sorry as overall it was an amazing display of Rocket League Talent. All games, from start to finish were interesting and captivated everyone watching. Whilst the Rocket League event was being held, it was live streamed and also was on the big screen and held a good amount of viewers. It’s safe to say that it would be much better to attend live to get into the spirit. You can watch all the matches being played live on our Twitch Channel (WARNING: Casting is harsh).

At the end of the day, the tournament finished around 3 am in the morning. Here are the standings:

We spared some time to ask a few questions to the winning team Wasted Potential that managed to win the Tournament coming up from the Lower Bracket and winning over Ecksdee which was undefeated up until the Final Stage.

“I am very happy that we managed to win this event as it ultimately shows the best team in Malta currently, and it’s an honor to hold that title as it was an achievement that I always wished I could one day achieve. I didn’t expect that the Rocket League Local community would be as close as it is and thus I’m very eager for the future Rocket League in Malta will hold.”
– Joshua ‘J4sh’ Portelli

“At first we struggled a bit at the start of the bracket as we had some difficult matches against very good teams and we actually went down to the Lower Bracket. However, we managed to re-group ourselves and started playing as a team and after re-evaluating what our mistakes were, we tried everything we could as a team to out-perform our oppononents. Eventhough the Rocket League Local community is very small compared to other games, it is very close has huge amounts of potential. During this event I’ve met people for the first time in my life, however seemed we knew eachother from the get go.”
– Shaun ‘Shauniibonii’ Zarb

“It felt amazing to win a  tournament, especially when poeple doubted our potential to actually win. The event in itself was organised very well and these are type of events that will keep the community and competition alive and grow. The community has been growing very rapidly and the skill gap is tightening up which is great, as everyone has the potential to win.”
– Matteo ‘Vella999’ Vella

From our part, as hosting this event was a challenge for us to test out the community, and we couldn’t be happier with every single participant. Everyone stood by and helped us with any issues we encountered and even to the point that all participants were willing to stay up very late to conclude the tournament. With a downpour of words of encouragement from the participants congratulating us on the event that we managed to set up, it was impossible to not feel touched with all the kind words. Mistakes were made, however, we will be rectifying them.

THANK YOU FOR PARTICIPATING
SEE YOU IN THE NEXT ONE
#cegzone