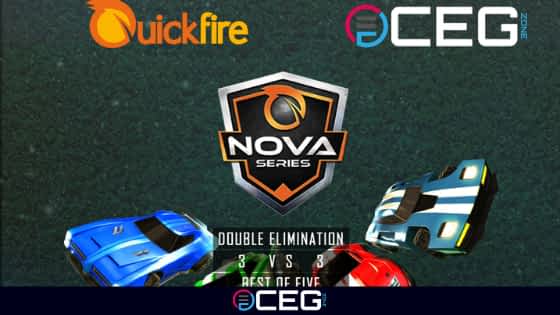 Esports Organizers in Malta, Quickfire and CEG will be working together to host the first-ever Rocket League Event.

Rocket League has come a great way in Esports and also in Malta. CEG will be hosting the first-ever Rocket League Event in Malta with the aid of Quickfire during their Nova Series which will be an event open to every gamer in Malta during the 18, 19 and 20th Of April. The Tournament will be hosted on the 19th April at 8PM, based on a 3v3 Format with Double-Elimination to offer much more games to those attending. All rounds will be in Best of Five format with the finals being played on the Main stage with a format of Best Of Seven.

Entry Ticket to participate in the Rocket League event will be €10 / player and can be purchased via the Nova Series Website. Prizes will be made up of Trophies, however, this may be up for changes. It’s important for those participating to bring their own Controllers as they will NOT be provided, yet Systems will be provided for. CEG will be participating in the Nova Series from the 19th – 20th April. If you wish to attend in spectator mode, CEG‘s booth will be open for the public to play some Rocket League and get some more information about CEG and it’s tournaments and news section.

This will be a great platform for any upcoming Maltese talent in Rocket League to show what they’ve got and hopefully be part of something bigger in the near future. Tickets may be purchased beforehand via their website or by visiting Esports Center in St.Julians, or one can purchase them on the day of the event.

Check out the full poster here.