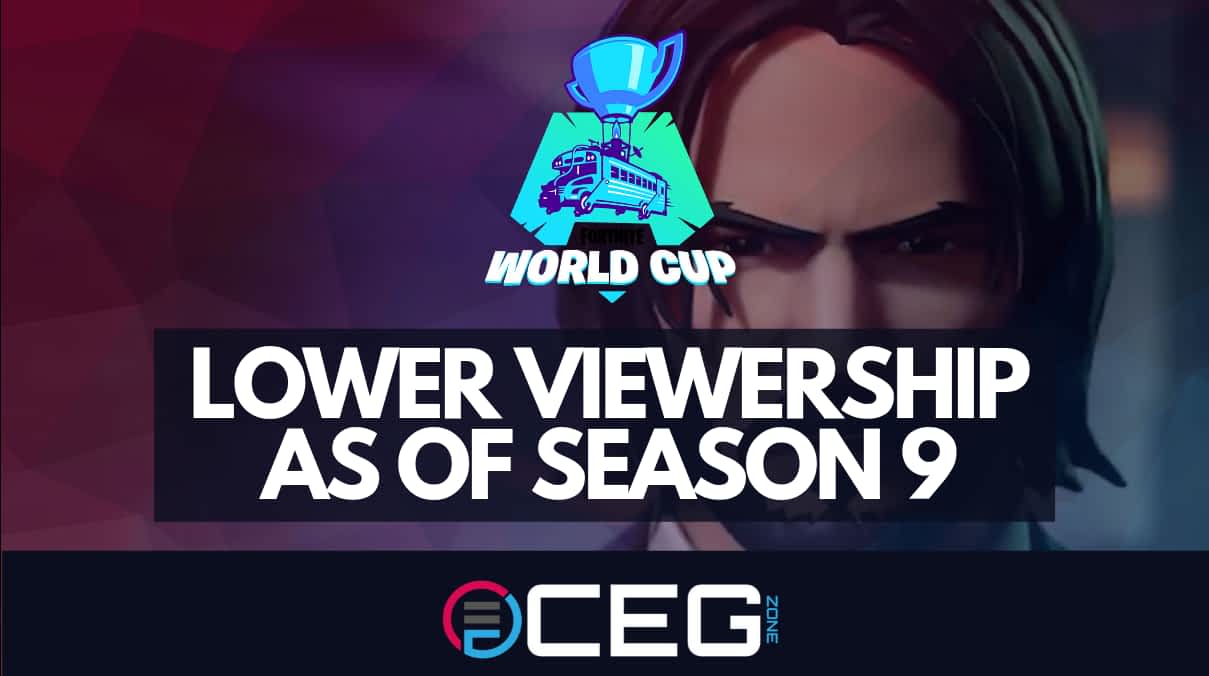 Fornite has seen the release of Season 9 and all its glorious content. Was this planned?

With the new release of Season 9 for Fortnite, which was published on Thursday 9th May it seems that is has gone down pretty well with all the fans of the game as well as those that who are fans of the John Wick franchise. In fact, this can be seen via the Twitch stats for Fortnite, which saw a pretty big push in terms of viewership, with numbers reaching over 98K concurrent viewers.

However, as good as this sounds, do we think Epic Games and the Fortnite team, planned this? Let’s not forget that right now the qualifiers for this summer’s World Cup Event are taking place, which we think should be the priority for Epic Games, especially with the event offering $30M in the prize pool, which is a hefty amount in the growing esports scene. That being said, it comes to no surprise that in the past weeks when Season 9 launched, viewership for the Fortnite World Cup Qualifiers has dropped, with streams of the season 9 preview exceeding viewership.

Let’s hope that this will not negatively affect viewership for the Fortnite World Cup Event which will be held in New York City from July 26 -28.