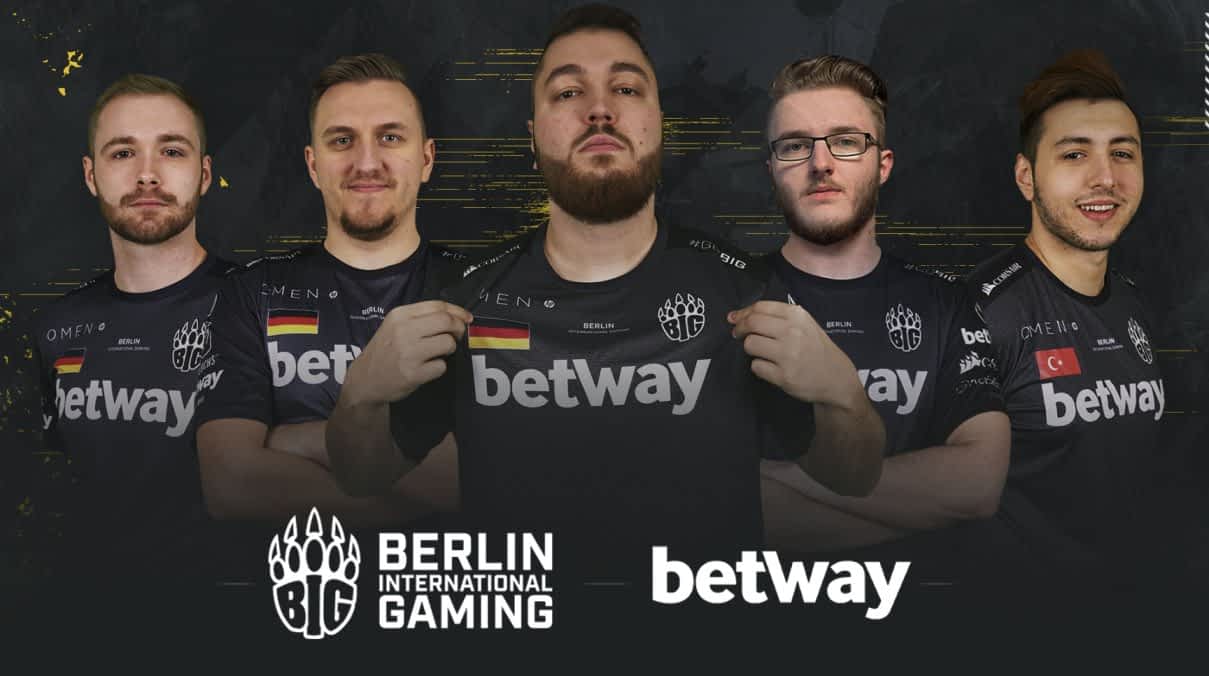 BIG announces main sponsor Betway esports and here are all the details.

Betway, a betting company has endorsed esports as a whole through out the years.

From sponsoring esports events like ESL, to teams like Made in Brazil, Ninjas in Pyjamas and Invictus.

It has now officially announced that they will be sponsoring Team BIG with :

This is no surprise to BIG fans, as they already have acquired a list of achievements.

Betway has a long history of sponsorships not only with esports teams but also for esports events like FACEIT London Major (CS:GO) and also ESL.

Big have announced this sponsorship through their twitter profile, adding to the list of their sponsors of Corsair, OMEN by HP, Horluchs and Noblechairs.
Moving forward, Big will compete with Betway as their main sponsor in Atlanta at the ELeague Invitational (CS:GO).

Let’s give them a warm welcome and wish both parties luck for invitational.